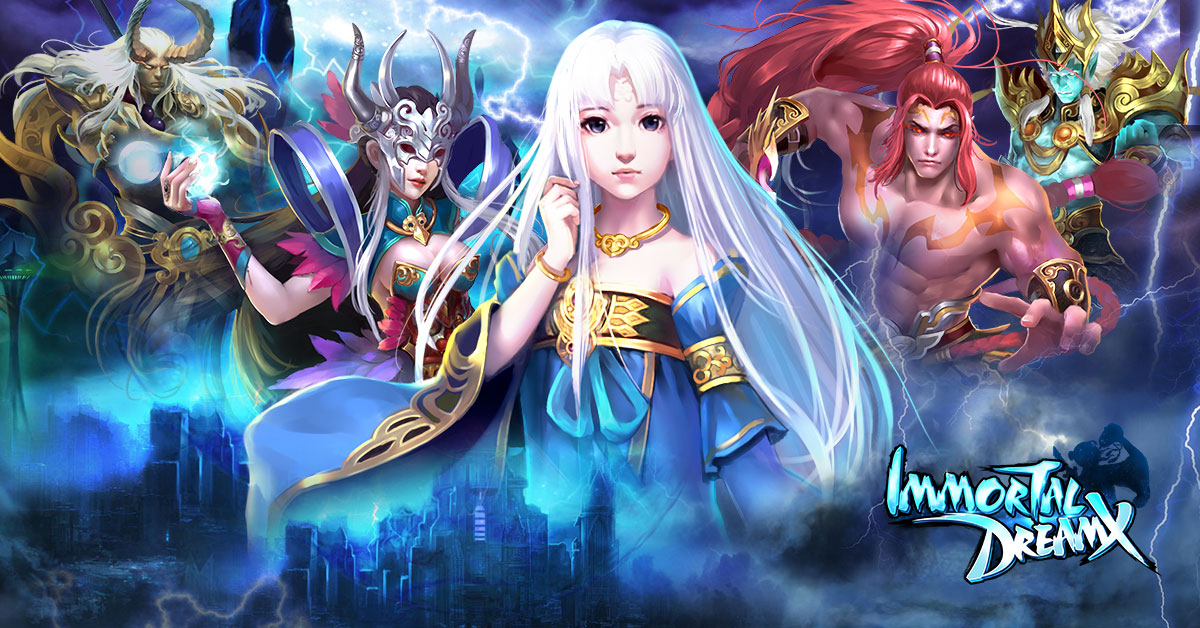 Void, a place which time past slowly and full with anima. There are various treasures and their protector, the ferocious monsters all over around. Hundred years ago, there was a woodman went through the crack of time-space accidentally and saw two immortals playing chess in the Void. Since the woodman cannot find his way, he left by follow the path his come after watching them awhile. However, hundred years has past just a moment in the Void without a single sense.

Rumours keep spread around among the people, and those who cultivate immortality start realized that time past slower and there were immortals in the Void, which also mean, the place was full with anima. The rumour also stated that the Gate of Void will open and person will become invincible if get the ten Holy Arms. These rumours made the people become crazy with the Holy Arms, and the origin aim of cultivate at the beginning already gone.

Finally, all the ten Holy Arms gather again after those who cultivate immortality spend their whole life to search. However, no one knew what was inside the gate after it being opened by the ten Holy Arms. What they knew were, a lot of monsters, devils, fiends, and also evil aura flooded into the human world.

Even the Gate of Void shut down in the end, the fiends and monsters from the gate have eliminated almost all the guilds, which made the heyday of these guilds totally vanished, just few elites from small guilds survived.

Since the Holy Arms which generate from ancient consist of the conscious of Ancient God, have rescued these people at this important moment when the Holy Arms detected the evil aura and activated automatically. However these Holy Arms scattered and lost due to unable against the fiends' attack and closed the Gate of Void forcely as these Holy Arms not strong enough without their master.

Even thought the Gate of Void was closed, it always has some fiends enter human world through the crack which caused by the ten Holy Arms. Accompany with fear, what those cultivate immortality can do just put a lot of spells at the crack of Void again and again. This is because, other than Goddess Nyu Wa, no one is able using the ability of smelting colored stones to mend the crack of Void.

Since those seniors who cultivate immortality all die in this incident which cause their unique skills failed to be handed down to next generations. Those who survived also badly hurt and unable to resist the fiends. With the time past, there was no one able to mend or put spell at the Gate of Void anymore and thus the crack become bigger and bigger. Although left over generations lost these abilities, they still willing to bear the responsibility of their ancestors who had brought this disaster to human world, so they decided to shut the Gate of Void down by find out the ten Holy Arms, and well use the Holy Arms' power to prevent the current exist fiends open the Gate of Void again.

The beginning of story is start from those young heroes, who bear their guild and their ancestors' unfulfill wish, eliminate the fiends in human world and finding the ten Holy Arms at the same time. Let's start the journey for the future peace!