✡ When player reaches certain level, can open the Aircraft System through main menu - “Aircraft”. Player can slide upward or downward on the character to ride on or get off from the Aircraft. Other than an attractive image, the Aircraft will add on certain attributes too.

✡ Aircraft System divided into 2 parts, which are “Advance” and “Transform”.

✡ In Advance interface, clicking “Ingot Advance” or “Auto Advance” button, will cost ingot or item for advancement respectively. Aircraft Advance not only increase the attributes, but also for a better and cool Aircraft image. 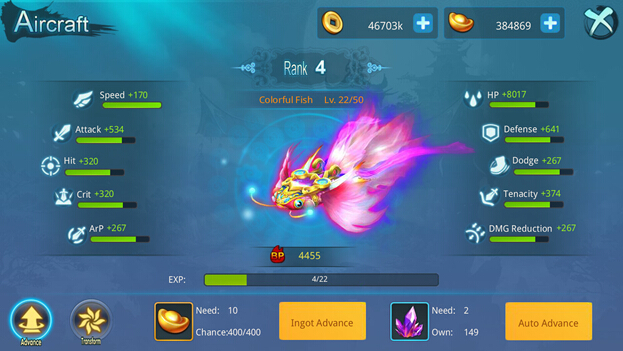 ✡ Advance through costing ingot or item, will improve rank by rank, and different image for different rank. The higher the rank, the nicer the Aircraft image. 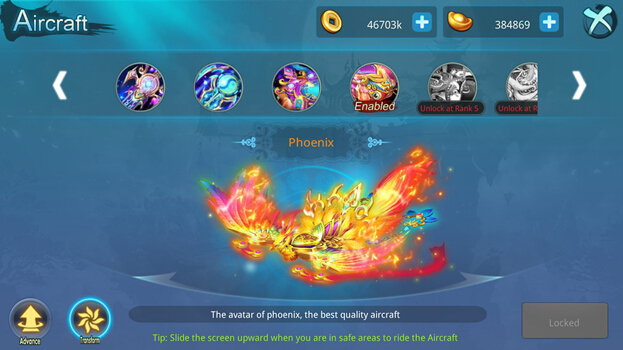