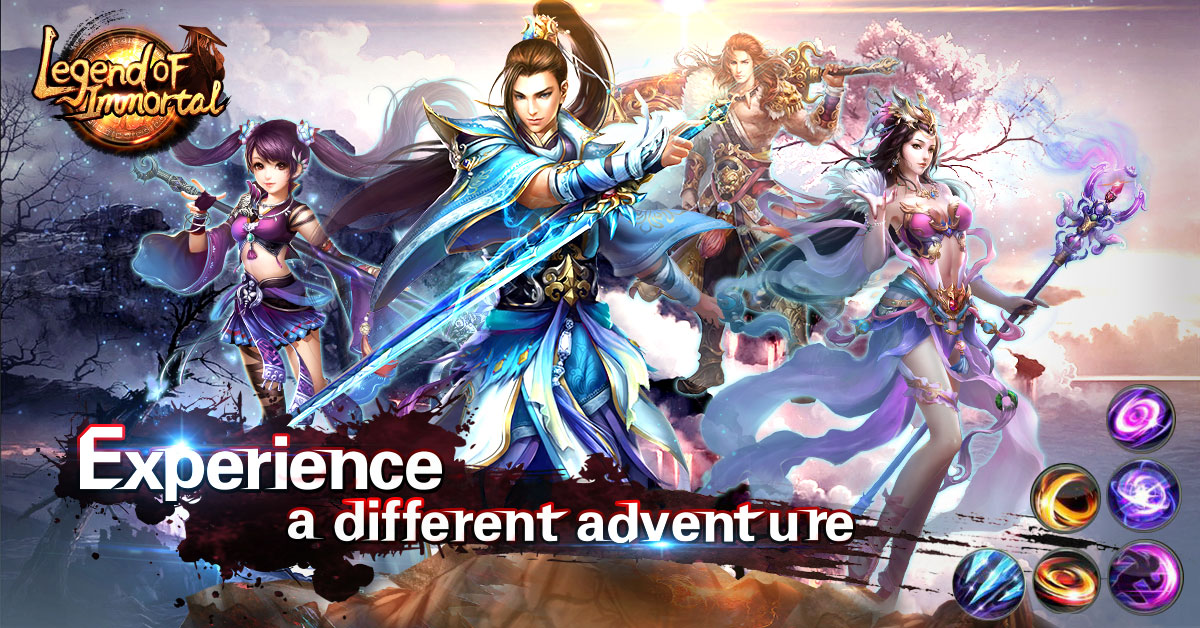 He's arrogant and despotic. rumour has it that he's an offspring of a human and a werewolf, bearing the blood of a lycanthrope. Despite having a bad ego, he's loyal at heart.

As a trusty ally, he could even sacrifice himself to save his comrades. Perks aside, he could sometimes be over-impulsive causing him to make mistakes. This keeps most of the people away from him.

Skill: High in HP and DEF

Being the royal princess of the kingdom of Nanzhao, she was prophesied to meet a tragic disaster since young. Being so, she was sent on a journey to the mountains for the training of divines.

Even though she looks proud and arrogant, she's actually kind hearted. She had once got herself hurt and tattooed with wounds just to save the precious people of her kingdom. She still has a heart towards her kingdom even with the divine power of hers. The title of an iron maiden suits her the most. 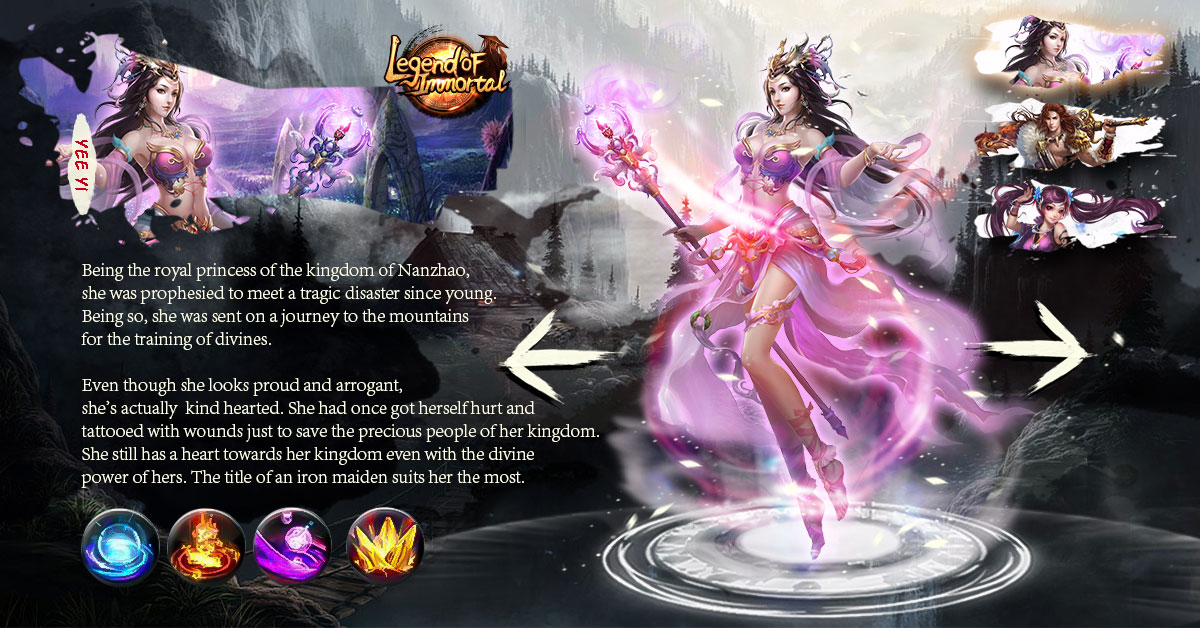 Born with a pair of demonic violet eyes, she was never liked by anyone. Despite being rejected since young, she kept her head high. Instead of sinking in a sea of sorrows, she grows even more positive and ever stronger each day. Having a cute appearance, she craves for acceptance from her comrades. There might be a slight chance that its caused by that desire, but we certainly know that, her violet eyes gleams so brightly. 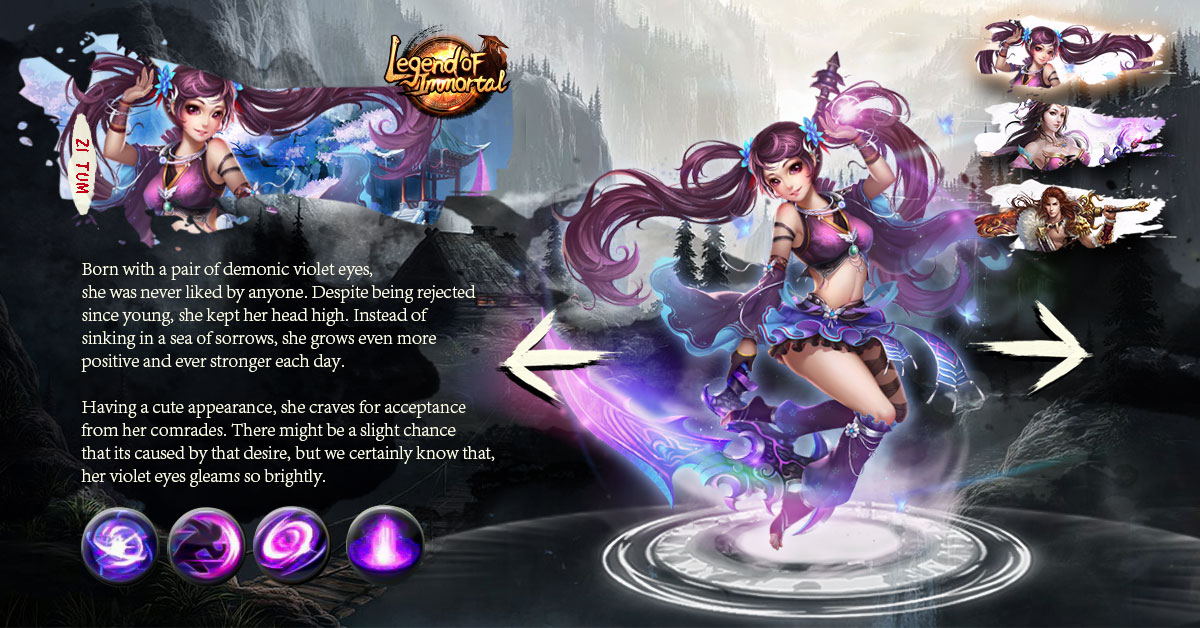 The newclass - Yan Soi Han is positioned as a swordman, weaponis Soul Devourer, expert in ice skill.
He is fast, unpredictable and good at close quarter combat. The new class normal attack is dissimilar with another classes' four combo, it is faster and agile. His skill is designed to be linear skill which can cause much damage in the earlier stage. But when it is equipped by level 11 skill four combo attack, he is free to advance or retret while battle time. When he hits level 35, he could be equipped with a new skill called "Spiral Dash"
This skill couldmake him standing out from other classes. 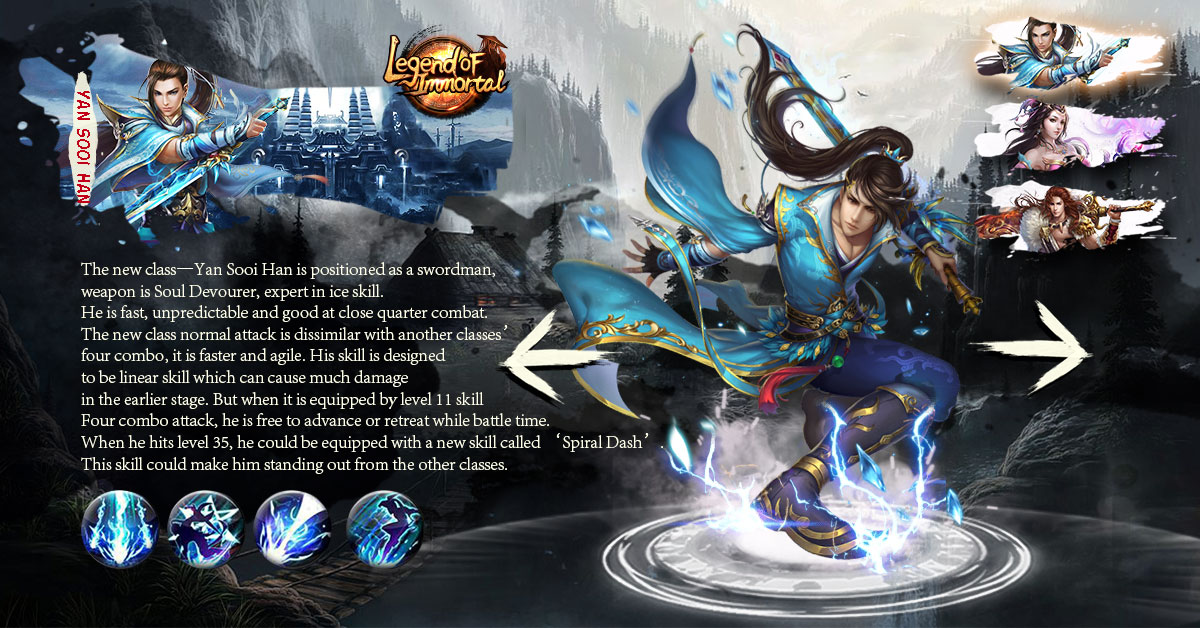